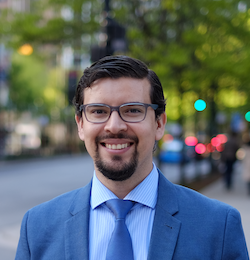 Abstract
Scientists reuse figure elements sometimes appropriately, e.g. when comparing methods, and sometimes inappropriately, e.g. when presenting an old experiment as a new control. To understand such reuse, automatically detecting it would be important. Here we present an analysis of figure element reuse on a large dataset comprising 760 thousand open access articles and 2 million figures. Our algorithm detects figure region reuse, while being robust to rotation, cropping, resizing, and contrast changes, and estimates which of the reuses have biological meaning. Then a three-person panel analyzes how problematic these biological reuses are using contextual information such as captions and full texts. Based on the panel reviews, we estimate that 9% of the biological reuses would be unanimously perceived as at least suspicious. We further estimate that 0.6% of all articles would be unanimously perceived as fraudulent, with inappropriate reuses occurring 43% across articles, 28% within article, and 29% within a figure. Our tool rapidly detects image reuse at scale, promising to be useful to a broad range of people that campaign for scientific integrity. We suggest that a great deal of scientific fraud will be, sooner or later, detectable by automatic methods.

You May Also Enjoy

Looking for Ph.D. and Master’s students to work on exciting applications of artificial intelligence and pattern recognition to automate science.

This project analyzes factors that affect the outcomes of peer review, uses these to improve reviewer selection, develops software that optimizes reviewer as...

This is an advanced course: There seem to be no official pre-requisites in the Syracuse University’s catalog system for taking this class. Most students ha...